Our character reflects what we love – Times News Online 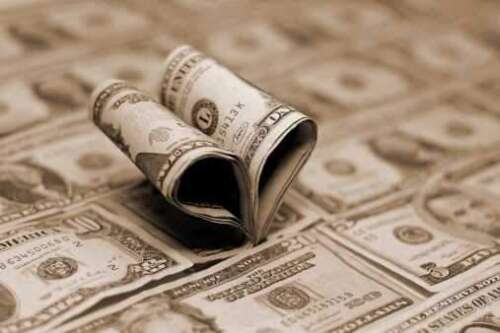 Most of us have heard that having lots of money cannot buy love or bring happiness.

Since I’ve never been mega-wealthy, I will trust God on this one.

Most people are trying to build financial security, but it’s also common for those who succeed to encounter frustration and disappointment.

Ecclesiastes 5:10-12 gives us this divine insight, “Whoever loves money never has enough; whoever loves wealth is never satisfied with their income. This too is meaningless. As goods increase, so do those who consume them, and what benefit are they to the owners except to feast their eyes on them? The sleep of a laboring man is sweet, whether he eats little or much, but the abundance of the rich will not allow him to sleep.”

We notice this passage begins with someone who loves money as there is a difference between enjoying wealth and it becoming an idol that is worshiped.

A popular Bible verse in I Timothy 6:10 says, “For the love of money is the root of all evil, which while some have coveted after, they have strayed from the faith in their greediness, and pierced themselves through with many sorrows. ”

Money does not develop character, it reveals it.

I’ve heard people say that money is the root of all evil, but this is incorrect. Money is not evil in itself, in fact, it can help people and accomplish wonderful things.

The danger is how it can possess the hearts and minds of those who have not learned how to prevent it from controlling them.

Again, we see that true wealth is joy, peace, and contentment.

This reminds me of a story about a little boy who loved pancakes. His mother told him one day, I am going to fix you all the pancakes you can eat, so he thought this will be wonderful. She started cooking and he kept eating. She finally asked if he would like another pancake, to which he replied, “No ma’am, I don’t even want the ones I’ve already had!”

King Solomon comes to mind when we think of someone who had more wealth than anyone in the world and yet was miserable. He said that having everything you could ever imagine cannot satisfy and is what he called vanity.

Sadly, many believe if they could win the lottery, have their dream house, a flashy car, or marry that amazing person they would be happy, and there is nothing wrong with having these things until they begin to have us. There is only one thing that can truly satisfy the physical, mental, emotional, and spiritual needs of the human experience, and that is having a personal relationship with God. He wants to bless us so that we can live an abundant life and also be a blessing to others.

Remember the man in Luke chapter 12 who tore down his barns so that he could build larger ones? God was not pleased with him being so insensitive and self-absorbed.

The end of our verse in Ecclesiastes talks about how the person who works hard and obeys God can rest in peace, but those who love riches are always frustrated with stress and anxiety. I remember when I was a young boy, my dad worked for a very wealthy man. This person was in the construction and developing industry and built subdivisions and shopping centers and owned several farms and so on.

He would drive out to the job sites and tell my dad to get in his Lincoln and they would go for a drive and chat. He would tell my dad that he had not slept all night because he was watching the stock market and was consumed about losing money.

Instead of being grateful and filled with joy with what God had helped him accumulate, he was nearly in tears and afraid that he might not be making the right decisions. He was obsessed with his riches from him and even though he had more than he could ever spend, he was being controlled and incarcerated in the darkness of fear and gloom.

We were created to love our Creator and be generous, not to allow the pride of materialism to lure us into a state of disappointment and depression. Whatever consumes our mind controls our life.

The more we focus on our possessions, the more entangled and distracted we are from our priorities. However, the more we seek and love God and commune with Him, the more we will reflect His attributes of him.

Read more about the Christian life at billyhollandministries.com

The bible says, “For the love of money is the root of all evil.” CONTRIBUTED PHOTO