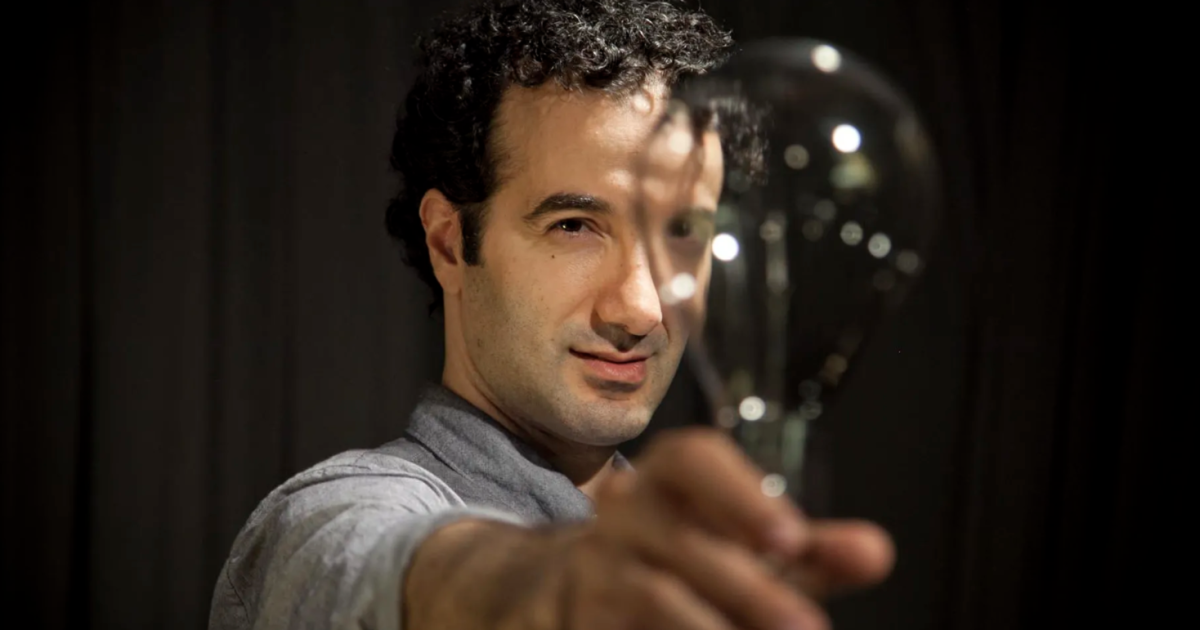 Twenty years after founding “Radiolab,” one of public radio’s most successful shows, Jad Abumrad announced in January that he was stepping down from his role as host. But his days of audio storytelling are far from over.

Since his departure, Abumrad has kept busy, making music, talking with new friends (sans microphone) and playing valet to his two children. He’s also been helping shape the next generation of audio storytellers. In April, Abumrad joined Vanderbilt University, based in his hometown of Nashville, in an advisory role. He is working toward launching a podcast institute at the school by next summer, with a focus on “thinking deeply about the ethics of what we do, the craft of what we do, the art of what we do.”

Folks can get a chance to see what he’s been working on when he comes to Austin this Saturday for “An Evening with Jad Abumrad” at The Long Center. He says fans of “Radiolab” will immediately recognize similar storytelling rhythms he’ll present this weekend.

We spoke with Abumrad ahead of his Austin appearance. The conversation has been edited lightly for clarity.

KUT: At the of your departure from time “Radiolab,” you said you were planning to use your time to think, write, teach and make some music-but mostly just to be. How’s that going?

It’s going well, mostly doing all of those things. I’ve been thinking a lot about what, based on the 20 years that I’ve spent at “Radiolab,” what can I teach? I’ve never really taught students before, but I feel like the storytelling we do on “Radiolab” is a kind of teaching in a way. So I’m trying to put together a course on how to be a good listener.

I’ve also been making a lot of weird music that probably no one will ever hear. And doing a lot of writing and mostly just sherpa-ing my kids around, which I’m really enjoying.

KUT: After 20 years, what do you miss most about your routine at “Radiolab?”

What’s been really cool is that when you finally pop your head up out of that rabbit hole, just looking around and, like, noticing. For 20 years, as much as “Radiolab” is such an exploration of all these new things and talking to all of these interesting people, actually, my world was pretty small. I saw the same group of employees every day. Now it’s cool to meet people, just to sort of stick your head up out of the sand and have a much wider picture of the world.

I’ve been meeting people and reconnecting with friends that I haven’t seen in a million years. In terms of being a well-rounded human, I feel like I’m rediscovering that, because the work is so intense, and beautifully so, but it doesn’t leave a lot of time to actually be a human. And so I’ve been actually really enjoying just the simple pleasures of talking to people again, but not talking to them with an agenda. Just talk.

KUT: Do you have advice for someone who’s thinking of making a big change in their life, whether it be professionally or personally?

I was handing off Thinking About the show for a long time predating the pandemic. When you have a team of people who’ve Been doing it for as long as my team has-been doing it and Who are They are as talented as, there just has to be a point at Which a leader walks out of the room so That They can make space for the next generation of storytellers. And I Had These two amazing hosts, Lulu Miller and Latif Nasser. No one was really asking for it, but you just have a sense That people need the space not just to express Themselves, but to take the show in a new direction. I was just really aware That the team was a pretty special group of people and it just felt like this is the right thing to do. Not just for me, but for them.

My only advice would be a little bit like the advice I would give to somebody interviewing. I’d say when you’re doing an interview, imagine yourself in the future editing that interview and ask that future version of yourself, “What are you going to need in order to edit the story to make a good story?” I would ask your future self, or even imagine your future self 10 years from now looking back, “What is that person going to think about you now, or what will they want to say to you now? What is that conversation?”

KUT: What can people expect to hear from you Saturday night?

Anyone who’s familiar with “Radiolab,” when their butts are in the seats, they’ll be like, “Oh, this feels and moves like ‘Radiolab,’ except with a lot of imagery and videos. It’s as composed, and I hope transporting, as an episode of the show is.But really it’s a personal exploration of two things at once.One is struggling through uncertainty and burnout in a moment when we’re all pushed to our limits.

Second, it’s also a look at storytelling and when a story really works. What are the reasons why it does? And when it doesn’t, what is it missing? So it’s really sort of deconstructing a series of ingredients for what makes great stories really sing.

The reason I did that is because I was at a sort of crisis moment in my career where I had forgotten what makes the best stories work, and I needed to rediscover that for myself. So I went through a whole series of experiences where I remembered. I put together this talk, first and foremost, to mark a personal journey that I went through. But I also think it’s for anyone who’s interested in how stories work, in communicating stories from one person to another. It’s a little bit of a clinic as to what I think makes the best stories really good.