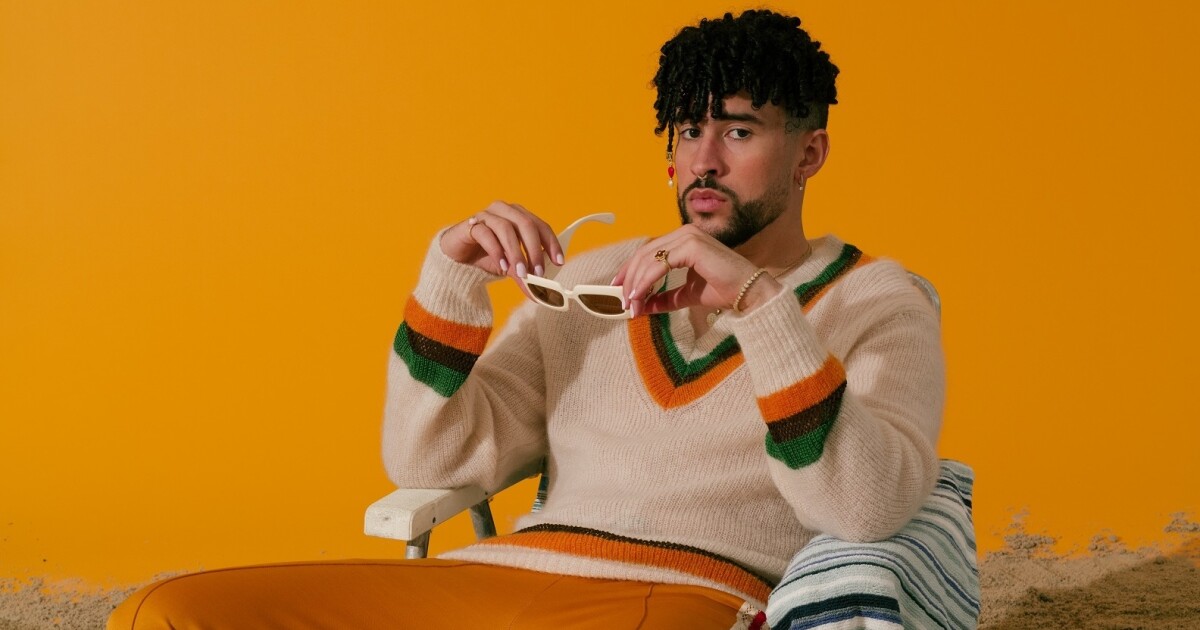 A summer without you is not Bad Bunny’s first heartbreak album, but it is his most grounded. On his latest release, Bad Bunny anchors his most in-depth exploration of lost love in the Caribbean, with the sound of its unceasing movement, the gravel of its Spanish, its dembow, its thick rain. and-while A summer without you is ostensibly about a person and their absence in Benito’s life, his joy and yearning is always rooted in the ground beneath him.

Bad Bunny has always put Puerto Rico front and center in his work since his breakthrough in 2016. His full-length projects have told a distinctly Puerto Rican story in theme and sound, remaining grounded in his personal authenticity, his flow and his community while attempting bigger, more daring experiments. his debut X 100 PRE was his first showcase of his genre agility; YHLQMDLG squared in a scholastic reverence to the canon and legends of old-school Puerto Rican reggaeton; The Last World Tour was the introspective alt album, nu-metal riffs and all. But rather than sell audiences another big, genre-bending experiment, on A summer without you Benito opts for personal intimacy and cultural specificity, which cultivates the music at every turn.

Recorded partly in Puerto Rico and partly in the Dominican Republic, A summer without you‘s most notable moments come when it infuses Benito’s extraordinary flow and pop sensibility with hyperlocal touchpoints. Benito is adept at delivering a surprise and he’s constantly one-upping himself on this album. Following “Moscow Mule,” the first single and summer hit opener analysts might have forecasted well enough, comes the left-field “Después de la Playa.” After Benito warms up the chorus over a few, spacey opening synths, he taps the mic and transforms into a mambero, his “Zumba!” detonating a volcanic merengue concocted by Dominican merengue architect Dahian el Apechao. It’s a living, breathing track that evokes the intimacy of great live albums past, reverberating with the acoustic warmth of a room and the bodies moving in it.

His production team closes the deal, with Marco “MAG” Borrero’s string riffs, Tainy’s auteur experimentation and original crewmember La Paciencia creating a cross-genre soundscape that creates room for innovation on even the album’s more formulaic tracks. “Tití Me Preguntó,” a tongue-in-cheek dembow turn of phrase on the natural law of pestering stuck aunts, features a wistful acoustic riff threaded throughout a warped Kiko el Crazy sample and a melancholy synth bridge. His collaborations with him are meticulously curated, opting this time to center not just reggaeton heavyweights but indie innovators alike. The stunning “Ojitos Lindos” makes the idea of ​​falling in love after heartbreak feel brand new with a duet with Colombia’s Bomba Estéreo, whose silvery guitars, bright distant horns and refrains from Li Saumet are an encyclopedic entry in what modern Caribbean music is becoming. and following YHLQMDLG‘s precedent of featuring reggaeton forefathers, the album spotlights Plan B’s Chencho Corleone and Tony Dize on tracks that sound lifted from 2005.

Not all the callbacks to the past have the same effect. “Two Thousand 16,” while full of nostalgic references to his beginnings in 2016 — including his original “bad bunny baby” tag up top — is more wrapped up in its concept than its execution. The inclusion of “Callaita” as the final track, at this point three years old, is at best a reminder of how reliably Benito can heal the sound of the summer (its ambient seagulls recur throughout the album), but at worst makes an otherwise exacting record feel carelessly overrun at 23 tracks with a familiar, if less daring closer.

Unlike a lot of the Latin pop industry project, Bad Bunny’s subjects and musical references are precisely focused. In April, Puerto Rico experienced an island-wide blackout, the latest in a series of outages after its electrical grid was damaged by Hurricane Maria. In 2021, the power grid was privatized, a move met with public protest over soaring costs, continued outages and concerns regarding transparency.

“El Apagón,” which references the blackouts, stitches together samples of a song, performance and interview from salsero Ismael “Maelo” Rivera, a chorus sampled from a DJ Joe mixtape, and his girlfriend Gabriela Berlingeri’s voice with a sovereign vindication focused on this reality. The song’s repetition of “Puerto Rico es bien cabrón” is as urgent as Gabriela’s other pointed at rich, white settlers displacing Puerto Ricans for tax benefits: “Let them go / Let them go.” (“Let them leave / Let them leave.”) Like YHLQMDLG’s “Safaera” before it, “El Apagón” is in constant conversation with the musical ground laid before it and possesses a breakneck capacity to draw connections between seemingly nonsensical material and expressions. In reflecting the reality of neglected infrastructure and displacement as a byproduct of continued colonization, the song’s celebration is as resolute as its resistance — an integral component in the lineage of Puerto Rican music, from Maelo to Benito, and one older than them both.

A summer without you is as emotionally intimate as it is specific. Its most character-driven track “Andrea” with electronic duo Buscabulla is a meditation on the interior life of a Puerto Rican woman navigating her dreams, desires and anxieties independent of the constraints placed on her by men she disdains, her family’s expectations and finances. She doesn’t want to leave Puerto Rico for the United States. Ironically, Benito compares her at once to the saint Joan of Arc and the oft-reviled, oft-iconic cabaret vedette Niurka Marcos. But even amid all this character-setting, the song does not claim to understand her struggles de ella — she is slightly beyond its full grasp de ella, as she should be.